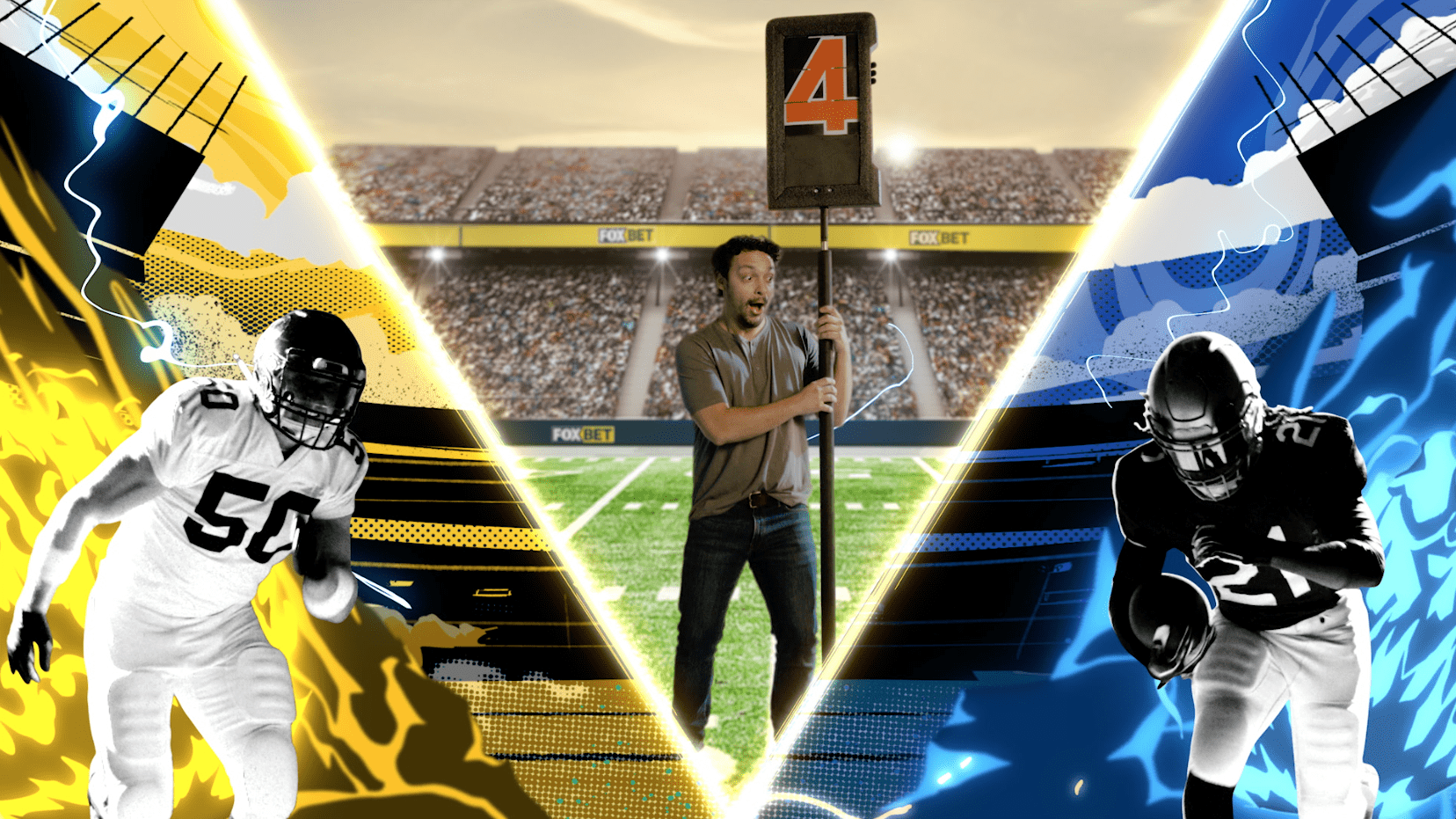 Post Perspective reached out to Epstein to find out more about producing this spot during a pandemic.

Los York has produced Take Things to the Next Level as part of Fox Bet’s “Boom” campaign. Los York collaborated with agency Anomaly on the comedic campaign, which includes social, digital and TV deliverables, including a 30-second broadcast spot.

In the piece, live-action fans tap on the app on their phones and are taken into Long and Bradshaw’s worlds, which feature graphics and visual effects. There are explosions of color, Bradshaw piloting a fighter jet with a fan in the back seat and another fan being transported onto a football field while holding a down marker. Then lightning surrounds the commentators before turning Long into a giant as a not-to-happy Bradshaw watches.

The campaign, shot by DP Kai Saul, informs potential betters of the possibilities available to them on Fox Bet, including wagering on NFL, NCAAF, NBA, MLB and PGA games and tournaments.

Did the client always have live action and CG in mind? Assuming the live action was mostly greenscreen?When did you get involved in the spot?
Anomaly came to us with an initial script and reference deck for the animation style. There was a lot of collaboration in terms of how that would play out. We cut a Boardomatic for timing, framing and tempo to make sure we were aligned on how the spot flowed and what scenes needed what.

Since it was during COVID, the idea was always to be mixed-media-centric. Additionally, filming celebrities required a controlled set and a tight time frame, so a greenscreen stage shoot was the best solution.

How was it directing under COVID protocols?
The key is to assume everyone on set could be carrying COVID. So we followed, like all productions these days, strict rules and guidelines. A director has to be adaptable anyway — it’s part of the job description — so I’ve gotten used to taking the right precautions to keep everyone safe. I’ve now done a few celebrity shoots during COVID. It’s the new normal, and we know how to do it.

What was used to create the graphics? Can you name the tools?
The animation and graphics were done using Adobe’s Photoshop, Illustrator and After Effects, ToonBoom and Maxon Cinema 4D.

You were both the director and the VFX supervisor?
I served as the VFX supervisor/director since we needed to keep the number of bodies on set down. I was collaborating with the team internally at Los York as to what we needed in terms of set shots, lensing, tracking, etc.

Was the talent shot together? Or were they all shot separately?
Same day, same space, six feet apart. They were moved closer together in post. For the supporting actor who was behind Terry Bradshaw, he was shot separately though we had him stand in for Terry’s takes.